Here is a list of some of our songs

I was born in very southern South Carolina hearing a gospel quintet practicing in our living room: The Metrotones; my father and his cousins. Saturday nights were for gospel “singings”, featuring my father’s group and others. Later I sang along with the soul of Sam Cooke, The Temptations, James Brown, Al Green and others but I didn’t think of singing in front of anyone.
In high school I began listening to John Denver. I discovered Dan Fogelberg and learned every song, syllable, inflection of his albums as they came out. Later I’d laugh and say Dan taught me to sing.
When I went to NC for college I met my future husband and dwelled, for the first time, in an environment of bluegrass. He lived a few blocks from the Duke campus; young people that worked at the university and played every night. My husband had been playing guitar and writing songs. He heard me sing and encouraged me; for the first time I considered singing.
I meet Earl Johnson, a jazz guitarist and a family friend of my husband since childhood, in Charleston, in ’78 also. He mentored my husband into jazz guitar. So jazz guitar was a part of every day.
We moved to Canada and played, sang backup and recorded with some local players. We played in Vancouver, Denver and in Los Angeles and ended up playing to tens of thousands of folks on Venice Beach. But I was just a quiet, back up vocalist and it was a large group. Still, it sparked something.
Years later in PA I found a Billie Holiday album. I loved every sound she made; sang with each song again and again, sometimes the same song twenty times in a row. It was just for the love of the sounds. I wanted to hear myself sing her songs and enjoy the sounds. I began mildly dreaming of having a band to back me up, to bring these beautiful sounds out of the past and into today to be loved afresh. At that point my husband was still learning jazz. Even so l “worked” to learn jazz standards by singing with Holiday.
As business owners since 1987 we were widely known. We were asked to play for a charity event for our Food Pantry. In 2009 we made our first appearance as Blue Heron.
After my husband passed away in 2013 Blue Heron took on a new lead guitarist and a strictly jazz/blues genre and became known as a Billie Holiday tribute band.
When I moved to Franklin I meet my present band mates and formed Bluejazz.

While living in the Destin/ Fort Walton Beach FL area in the mid 70s, I began playing guitar and bass professionally with several local bands.

In 1978 I gave up bands to acquire a degree in classical piano performance. I attended Oberlin Conservatory of Music and then graduated from the University of West Florida.

I enjoy songwriting and arranging music as well as leading worship currently at Christian Training International off Wayah Road.

I’m a musician who lives deep in the Appalachian Mountains, in Franklin NC, and have lived here since the late 90’s. I started playing electric guitar as a rocker in the 70’s but branched out to blues, jazz, classical, folk and bluegrass. The latter was mainly influenced by my sister, Helen, who was involved in oldtime and bluegrass music with her guitar and bass, as well as being in the Green Grass Cloggers. I started learning the banjo around 1976 and still play it some. More recently I’ve learned the mandolin and now I play solo and with my 3 bands using all three instruments. I’ve even started playing country music because of the influence of Judy. I’m also a songwriter and started a songwriters community in Franklin. 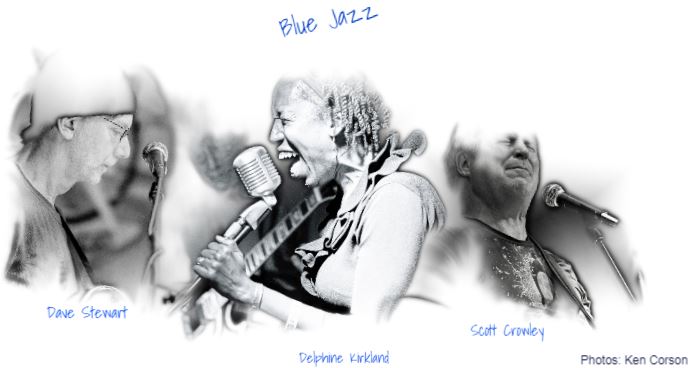